This dress was inspired by the Special Needs prom, titled “A Night To Remember”, that I was supposed to attend as someone’s date. It was a mother/daughter project that we had been working on since February that had many trials and tribulations. It is sad to say that I won’t be able to wear this dress to the prom, but that didn’t stop me from finishing it out and taking some swaggy pictures. In creating this dress, I wanted to pick a dress that suited today’s fashion and showcased the beauty of the night from the dark night sky filled with stars and moons portrayed on the under layer to the many galaxies and colors that illuminate outer space shown on the outer layer. All in all, I wanted my dress to be as memorable as the night and enjoyed every step of this creation. :)

My step dad has a vintage coca-cola collection, and he has a tray with a picture of a woman wearing a fox scarf in the early 20’s. Our prom theme was going to be Great Gatsby and I wanted to put a fun twist on the 20’s theme, so I used the unique fashion shown on the tray as inspiration.

As the ASB Vice President, my class was in charge of planning this year’s prom. We had decided on a casino theme earlier this year and already had the venue and decorations. We were extremely excited about making this a memorable prom for everyone. Unfortunately, it was cancelled due to COVID-19. I’m grateful that everyone is safe and healthy but i wanted to pay a special homage to our lost prom by incorporating the color scheme and ambiance in this colorblocked casino tux.

I was inspired by the night sky. Both the moon and the beautiful aura that surrounds it on cloudy nights are reflected on the skirt through the circular ombre pattern with a silver crescent center. Additionally, the delicacy of constellations inspired the negative image star mesh sleeves and the tape necklace and earrings.

The novel coronavirus has emphasized the importance of healthcare workers around the world. As well, COVID-19 has reminded everyone of the responsibilities that we all hold that, if we fulfill, we are capable of bringing the world back to a state of normalcy. These elements are reflected through the lab coat which surrounds the earth skirt, as well as through the words "Stay Smart & Do Your Part" emboldened on the back.

There's something captivating about a clear night sky full of stars and I realized I could capture some of that enchantment when I came across glow in the dark and galaxy patterned duct tape. It also helped that my dad is a big fan of science fiction movies! I had so much fun combining my geeky fascination of space with my love of crafting!

The inspiration for my outfit was based on a dress that I had in my closet. While drawing my sketch, I included the similar halter top on that dress. However, I was able to include my own fashion style in the dress by adding on a belt and bracelet by using a different pattern. Therefore, I was able to incorporate my own fashion sense while being inspired from a dress I already had.

My inspiration for my "tux" was a Rockabilly style. I like the grungy look of greasers in the 50s and the wild cars they had. The deep tones and outlines complement each other well, while the angles and flames represent the flames on the muscle cars of that era.

The 2 years I spent living abroad on a U.S. Military Base in Japan.

I was inspired by my last year's prom dress that was a similar color but this one had more detail. 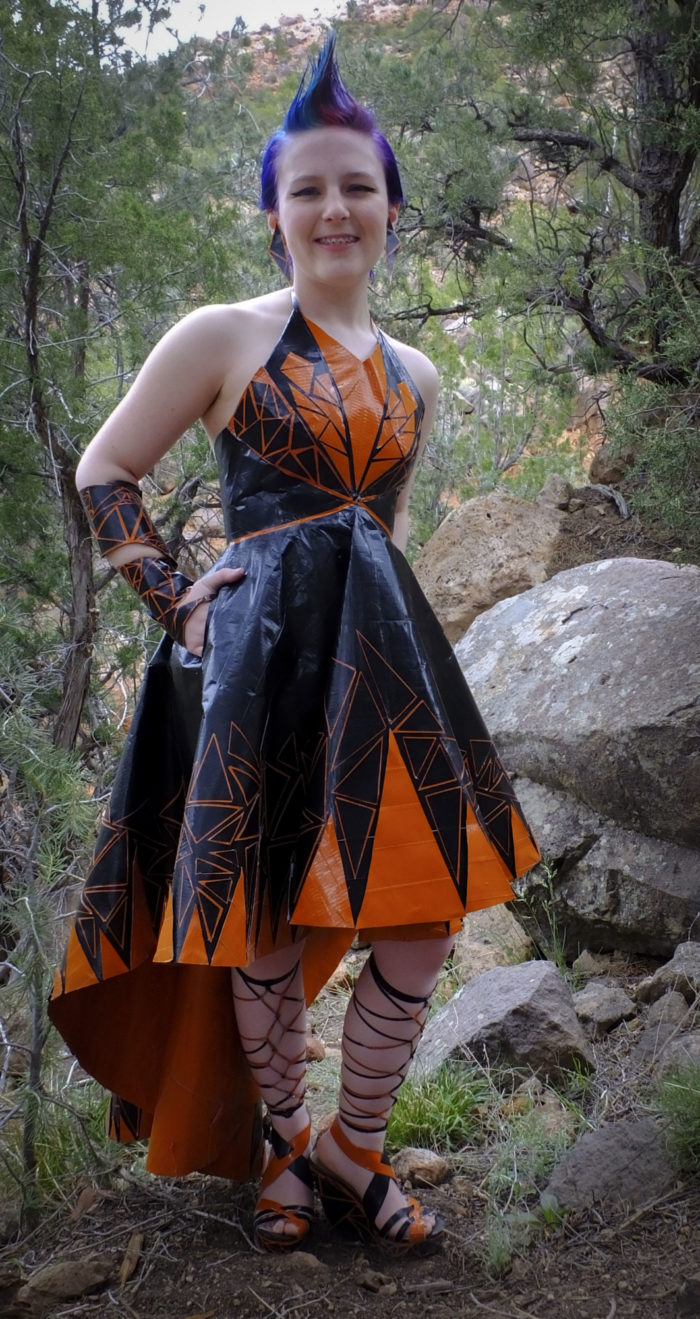 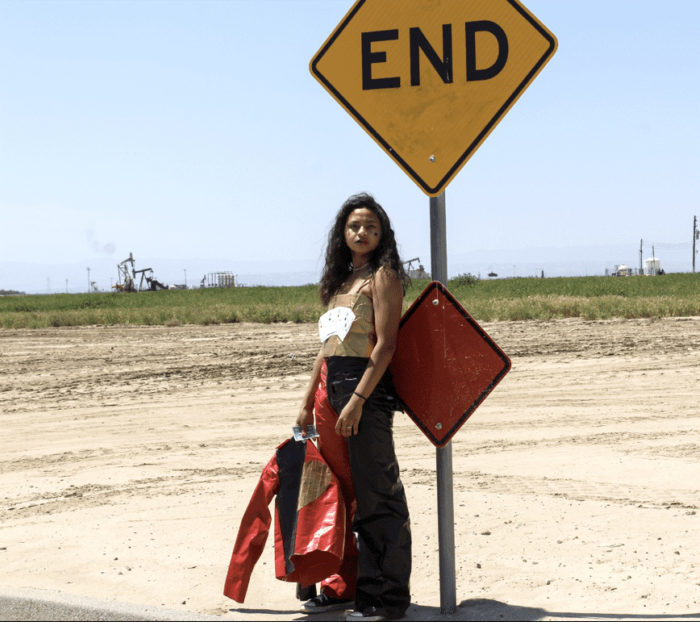 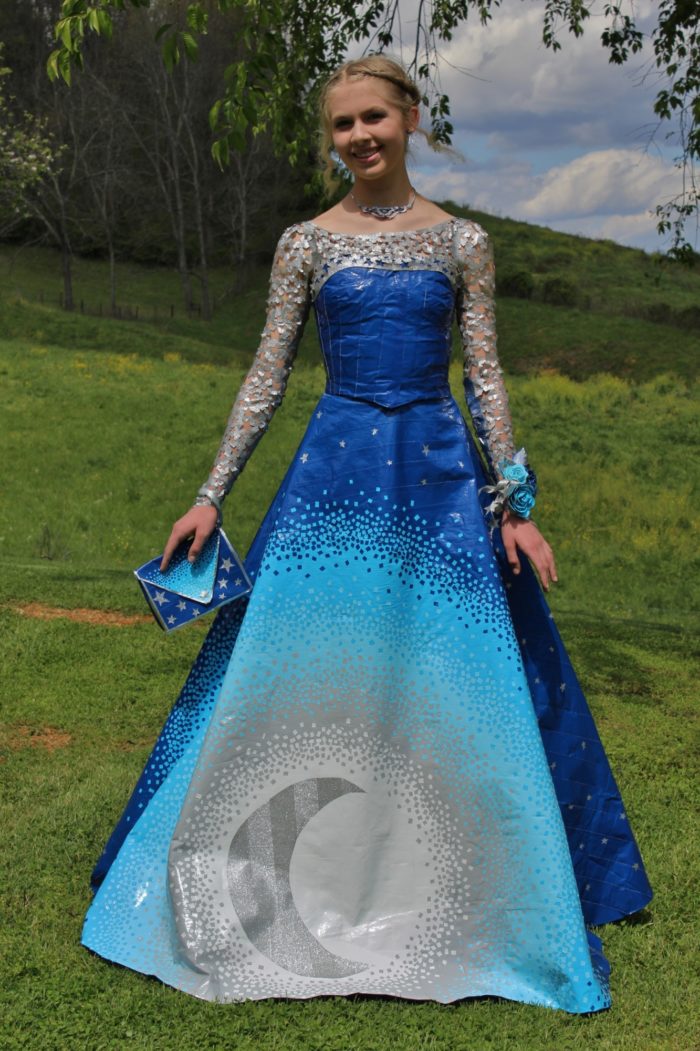 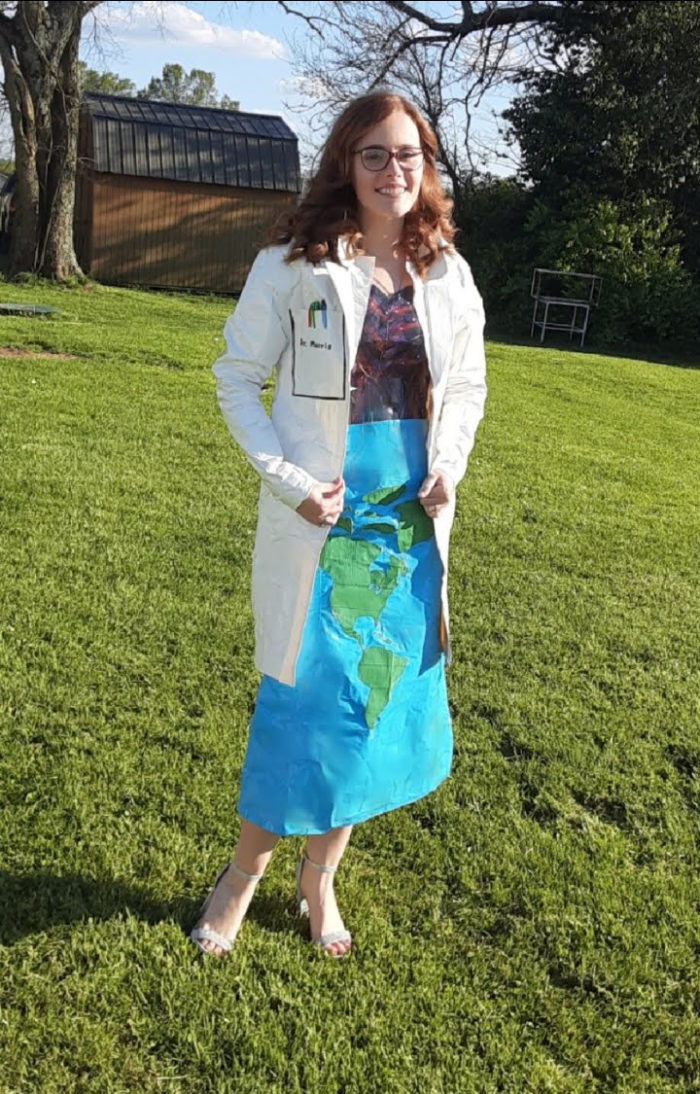 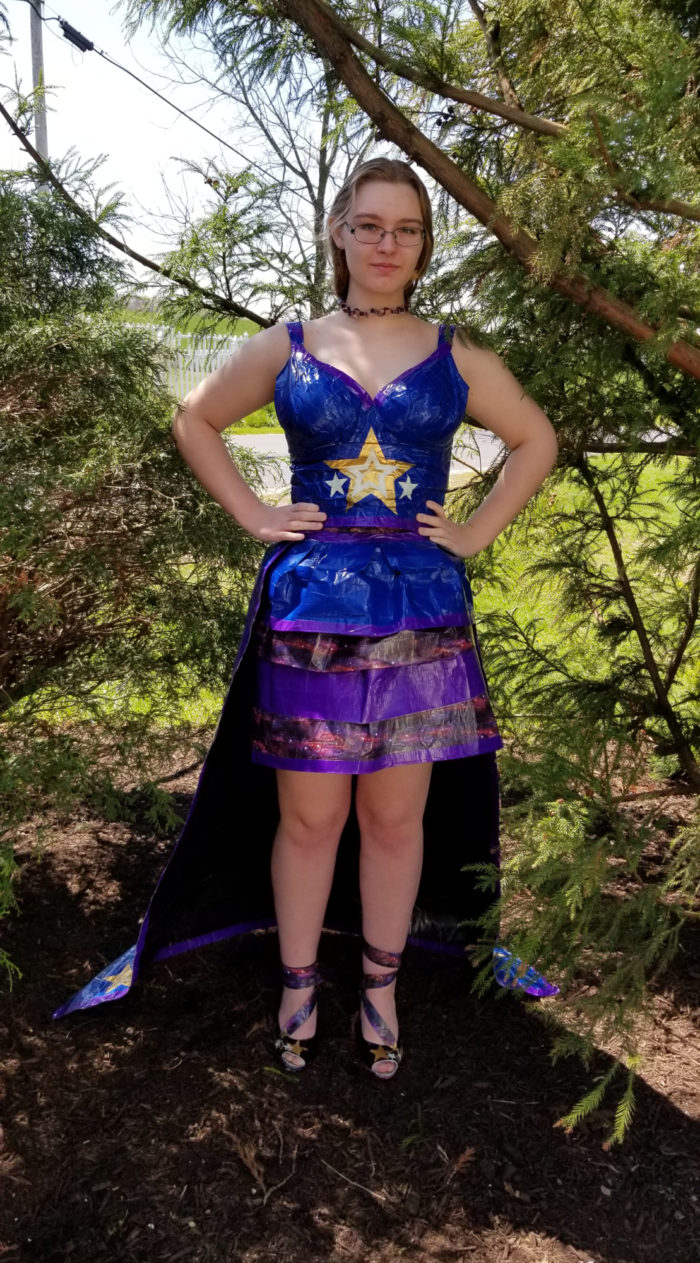 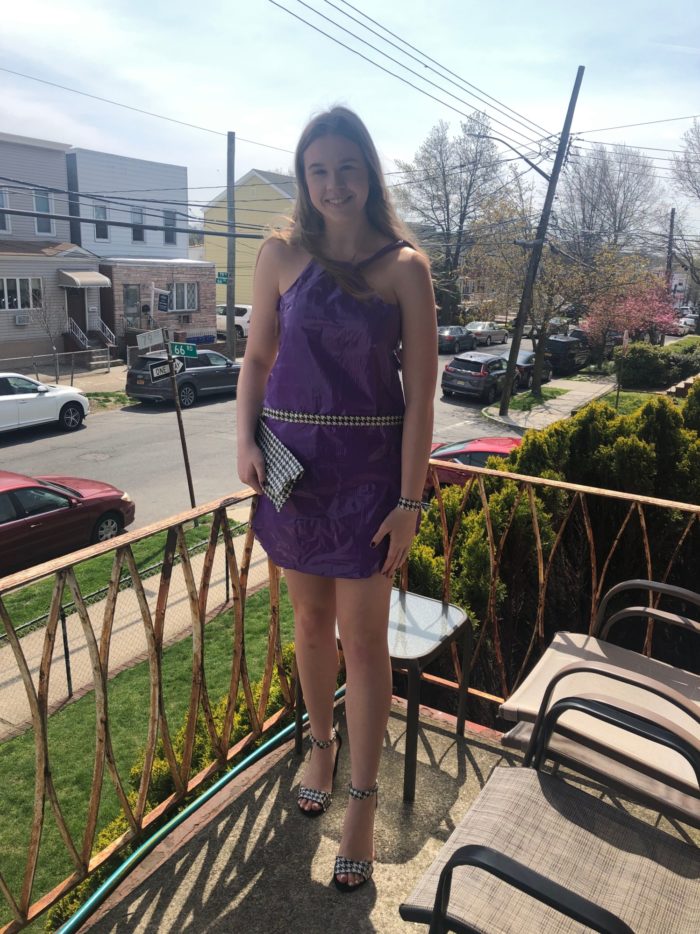 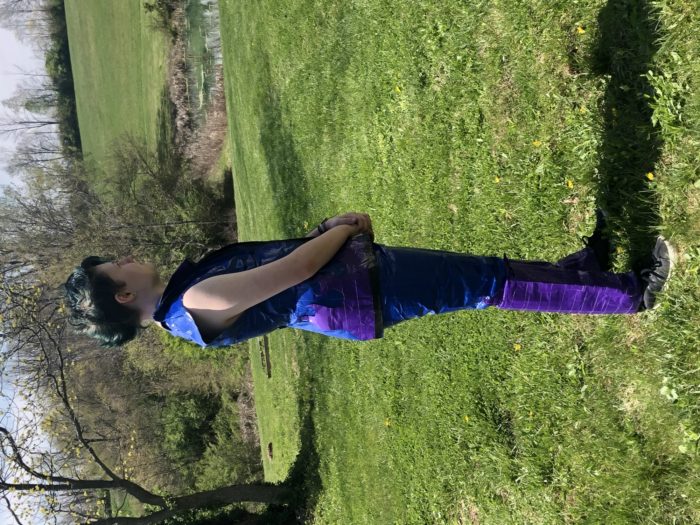 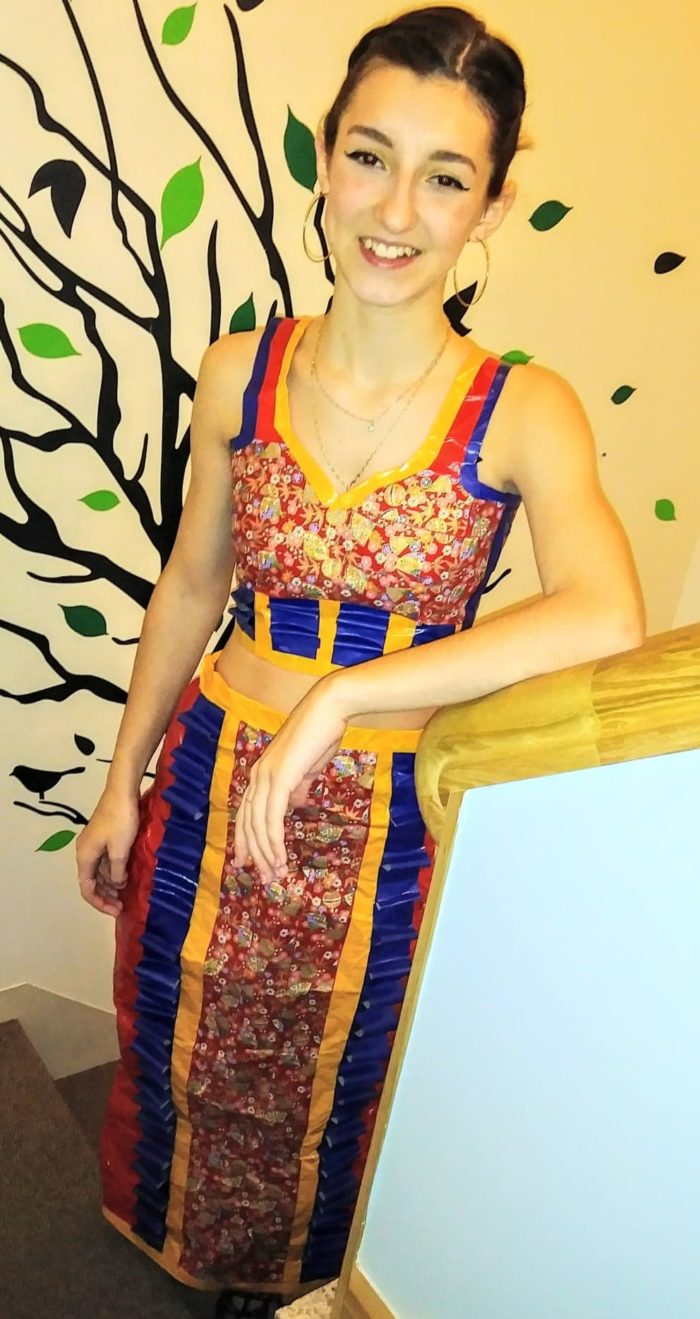 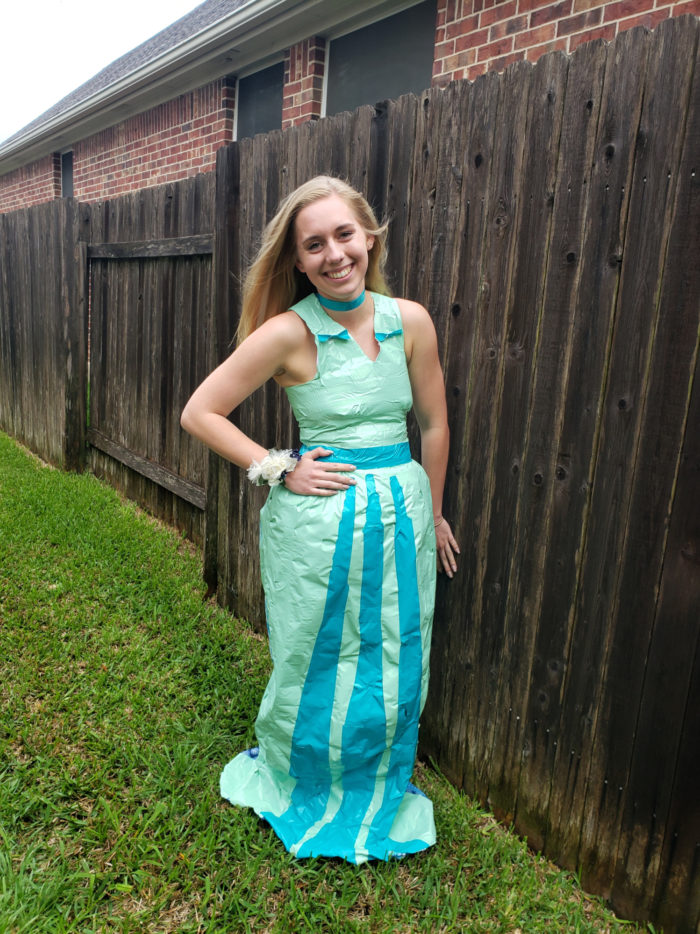