I love the idea that something simple can be so intricate at the same time. This is what a duct tape dress is to me so this is the idea I chose to base my look off of. My daily style is simple and casual but I also love elegance. The dress that first came to mind that is both simple and elegant, is a wrap dress. You can wear a wrap dress to either a fancy dinner or to a picnic and no one would think you were either under or over dressed. These dresses are so simple but they seem more than they are this is what I wanted to do for my dress.

Fond childhood memories of going hunting with my dad and sitting in nature were the inspiration for this dress. But as a girl who loves cute dresses, I wanted splashes of pink and flowers.

When I began this project I imagined a tux that would resemble the rose parade. Each year on new years day I and my family would watch this parade together. This was one of my favorite memories during the holidays. This is why I chose to have flowers as the center of my tux. I wanted my tux to resemble the beauty that the rose parade has. To me this tux shows that there is hope that we will persevere through this time of the COVID-19 pandemic and at one point in time my family will sit down together and watch the rose parade together.

My dress centers around the motif of swirls. A swirl is a spiral that unwraps it self, this represents me learning and disentangling the mysteries of the world. As high school comes to an end, making this dress was the perfect way to reminisce the days of duct tape wallets, flowers and bows.

My initial inspiration for my dress was trends this year for prom dresses. My own dress for prom was a two piece and I made my dress for this a two piece. After doing research on trends of dresses this prom season, a common theme was triangle shaped tops, this straps, and minimalist designs.

My dress was inspired by my favorite musical, the Phantom of the Opera. It incorporates small themes seen throughout the movie, such as the phantoms mask, roses, and a piano. I also utilized piano sheet music from one of my favorite songs to play; "The Music of the Night".

While looking for dresses before prom was canceled this year, I wanted something unlike any dress I had worn before. I wanted something in one of my favorite colors and with fun floral details and used this to inspire my design. When I asked my costume designer friends what they thought and they told me it looked great, I knew I had successfully made my vision.

My inspiration for my dress is the novel series the Hunger games. So, for the dress I based the colors of white, navy blue, and black on the mocking jay dress which she transforms into in front of all Panem but also used silver for a shiny pop. Also, I created 2 tails with the addition of duct tape feathers to resemble the wings of the mocking jay itself and the mocking jay dress she wore with out literally making the dresses wings. I played with the hardness and softness of the structure. The hardness of the armor becomes represented by the chest piece and front of the bottom part of the dress. And the softness with the tail like wings and the delicacy of the feathers of the bird. At the bottom of the dress I created hexagon shapes to mimic the arena design with arrows coming through them to represent Katniss breaking through it in the 2nd book. Finally, for my accessories I used white roses since they are a symbol of President Snow, I did a backpack from the games that carried the supplies they needed with their district number, of course a couple arrows, and finally lots of feather accessories.

I was inspired by many of the past winners from 2012-2019 though all of the unique creations and designs. However, I found that females were more inclined to wear dresses and males were more likely to make suits. To me, a woman in a suit means independence, strength, and confidence. A person who inspired me was Blake Lively, From many of the suits that she wore to events and formal occasions throughout 2018, and the movie she starred in, the coming out “A Simple Favor”. Another, is a mom who wakes up early in the morning to put on her suit, heels, and makes herself breakfast everyday just to go to work.

I have always seen geode cakes all over social media where bakers would cut out pieces of a cake and add rock candy inside to make it look like a geode. The color palettes, clean look, and elegance of these cakes led me to the decision to turn it into a prom dress. I thought I could use the folds in a dress to create the illusion of depth, and use multiple different shades of blue to add a variety of colors. The gold accents add to its elegance, and allows for a pop of color on the dress. This year would have been my first year at prom, and even though I missed out on a special high school experience, I'm glad I got to enjoy prom season with a one of a kind homemade prom dress.

I designed a dress for homecoming that I didn’t have time to make and couldn’t find the fabric for with similar geometric shapes and I wanted to kind of like make that happen and I was also inspired by the dress Gigi Hadid wore at the 2018 Met Gala by Versace. That dress kind of had a similar look to what I envisioned although they aren’t really similar the geometric shapes inspired me.

My own prom dress was my inspiration, I wanted to keep the floral idea but put my own twist on it by making the flowers pop out all over the dress. This year I am not able to wear my prom dress as prom is cancelled but this was a fun opportunity for me to create something completely fun and my own!

My inspiration for this dress was the shapes of the 1950s how long with the old Hollywood glam and a traditional Mexican dress with embroidery on it used to dance to a traditional dance called Folclórico. When I hear but this contest I knew how I want to make the dress by making it the color red and gold with embroidery flowers to decorate. The reason why I choose the color Red and gold is because the color red on the Mexican it represents the quest of independence and the blood of the national heroes and the color gold represents prosperity. Since embroidery is a big part of the textile industry in Mexico and many other countries in south and Central America I decided to decorate the whole dress in embroidered flowers.

My outfit consists of a simple monochromatic princess dress inspired by the clothing of medieval times, as shown by the corset and sleeves. To accessorize and pull the look together, I created Duct Tape heels with the “gladiator” style as well as a simple headband.

I was watching YouTube videos(as one does), and I came upon a video of a butterfly trapped in a spider's web. It would struggle and struggle to get off but stay stuck, after a while the spider became tired of waiting for it to--you know--die, so it let it go. Which went on to inspire my dress, the bodice has these veins? running through them coming from a specific course and spreading out, like the wings of a butterfly, I didn't just want to use black as the only color(it wouldn't do butterflies justice), so I added on glittery pinkish purple, to give it a bit more dimensions? if you know what I'm saying. At the waist is where I thought, I should combine something else unto it, and BABAM! I thought about the video, I then proceed to add streaks to the rest of the dress to create something relating to the actual wings of butterflies.

I was first inspired to make a tux because of Marlene Dietrich, a famous actress who, after a movie in 1930, began breaking norms by wearing suits and tuxedos. The pattern and theme was inspired by my late grandmother, who was one of the kindest women I've ever known. She loved to quilt, so I wanted to incorporate patchwork. She also inspired me to begin crocheting and macrame, so I made rope out of duct tape to include macrame. When I was younger she would make blankets for our family, and would let me help her, which began my love for crafting. I put a lot of hard work into this tux, and had a ball of fun making it!

When I told my seven year old sister about the contest, she encouraged me to make a pink princess dress. The thought of doing so seemed only adorable at first, but I eventually decided I loved the idea. I created my "pink princess dress" with puff sleeves, ornate flowers, and a front white-panel. I was inspired to think of new and challenging ways to create the pieces of the dress in order to make it as princess-like as possible. My younger sister is most definitely my inspiration for the idea and my motivation for creating the dress.

My inspiration was one of my favorite youtubers, Micarah Tewers. She got me into creating outfits and dress in the first place, which made we want to create two prom dresses, one out of fabric and one of red duck tape. My beautiful best friend supported me through the whole process and was my model. 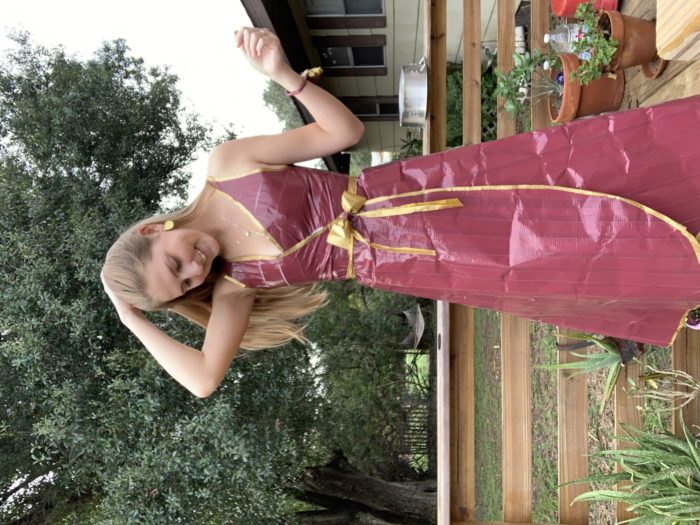 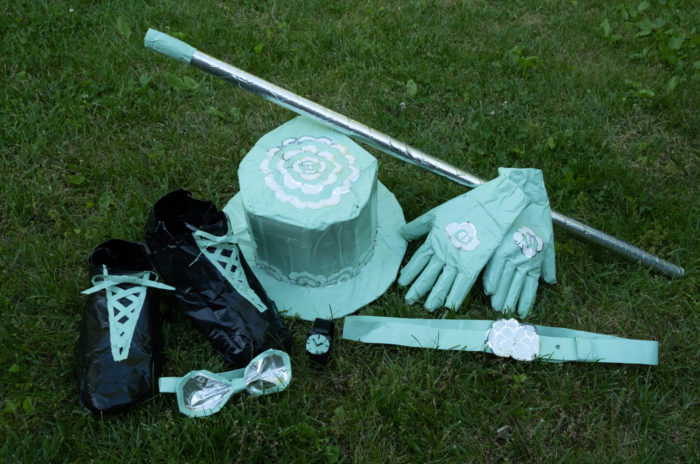 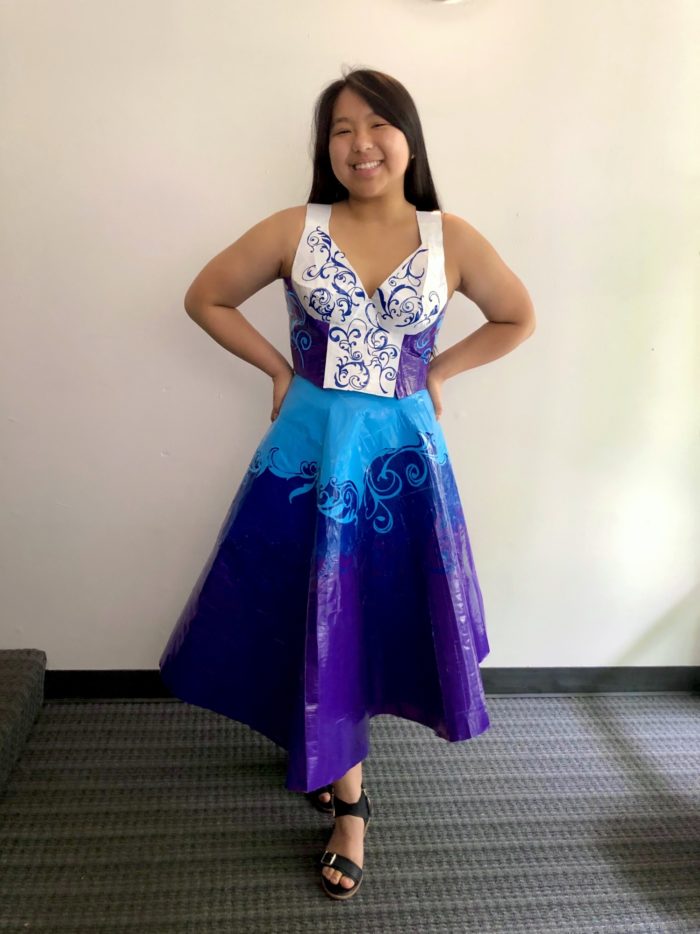 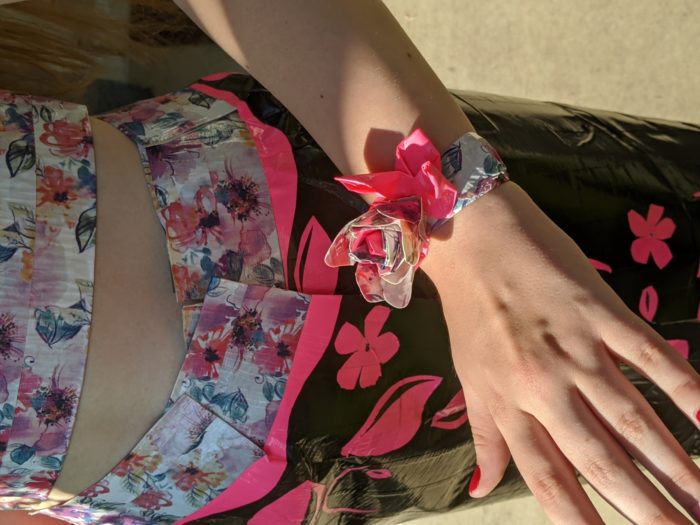 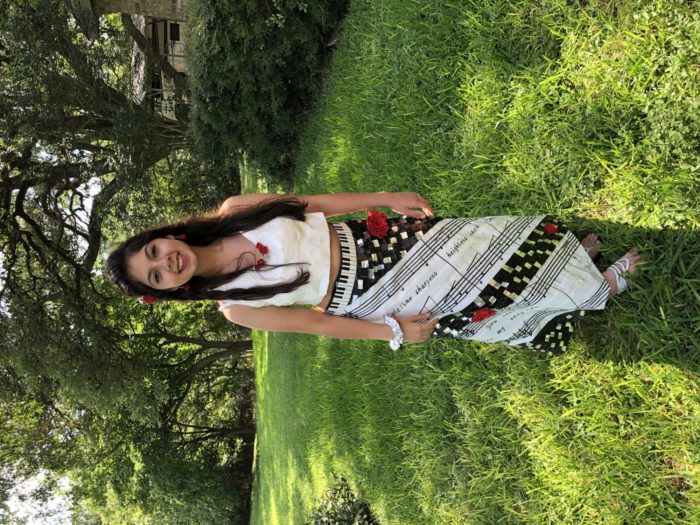 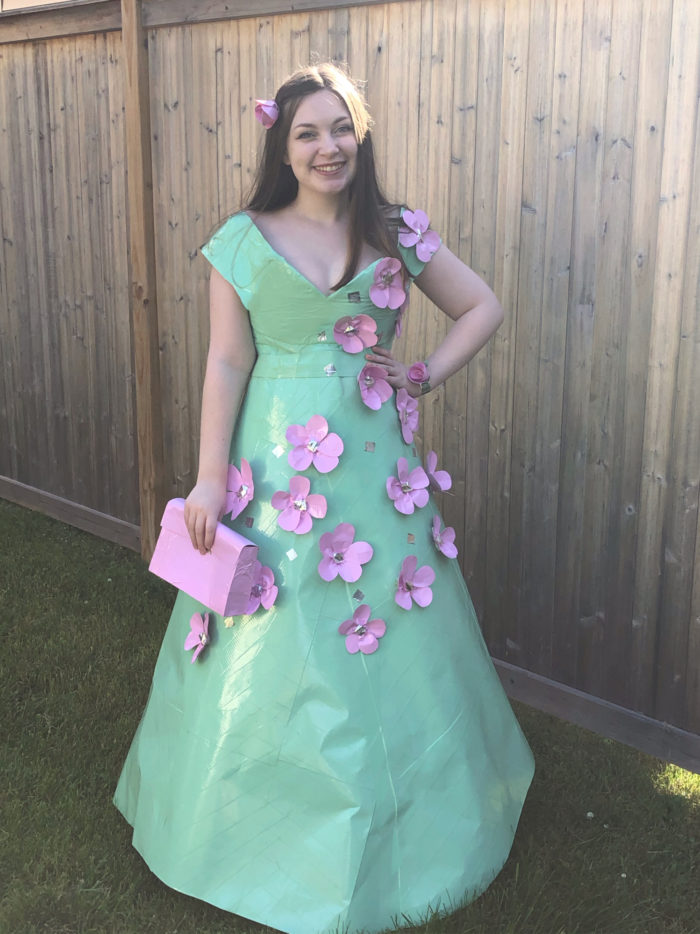 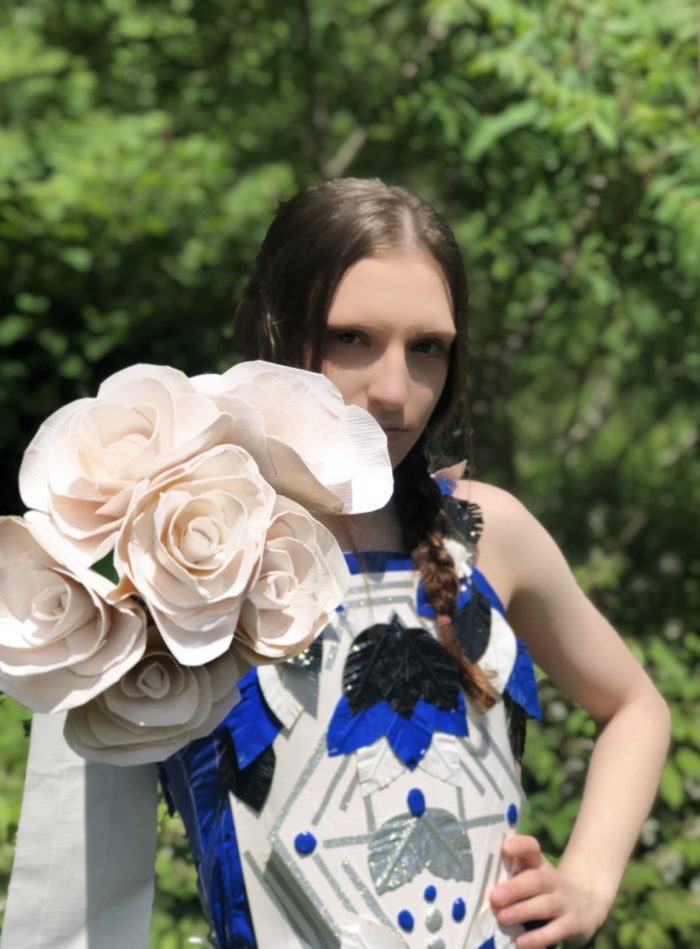 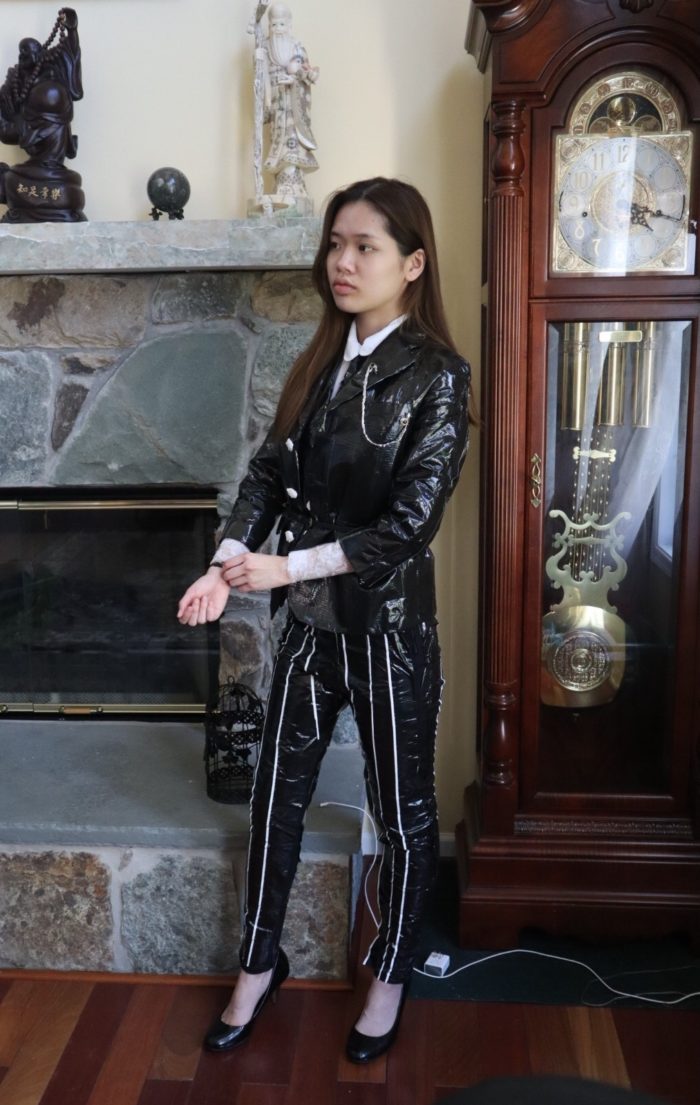 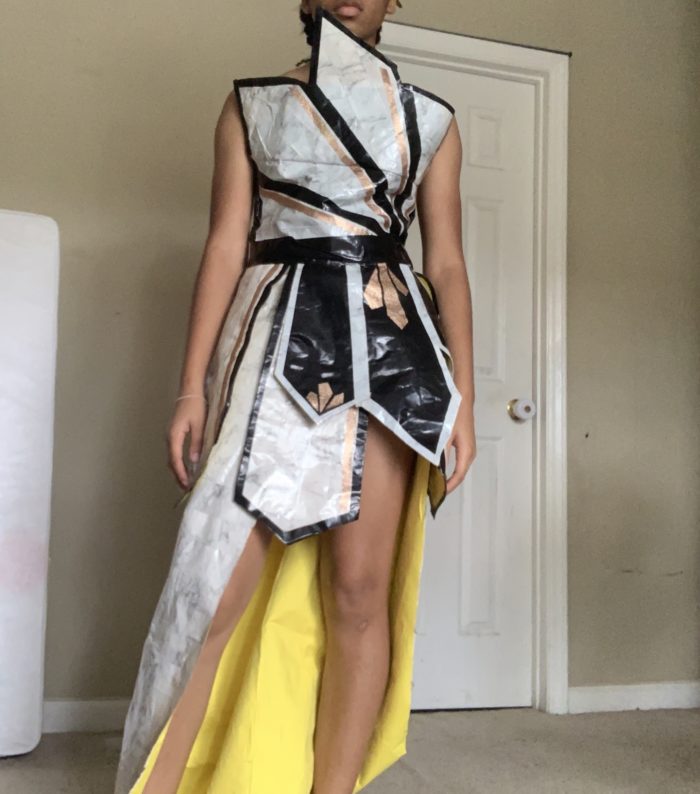 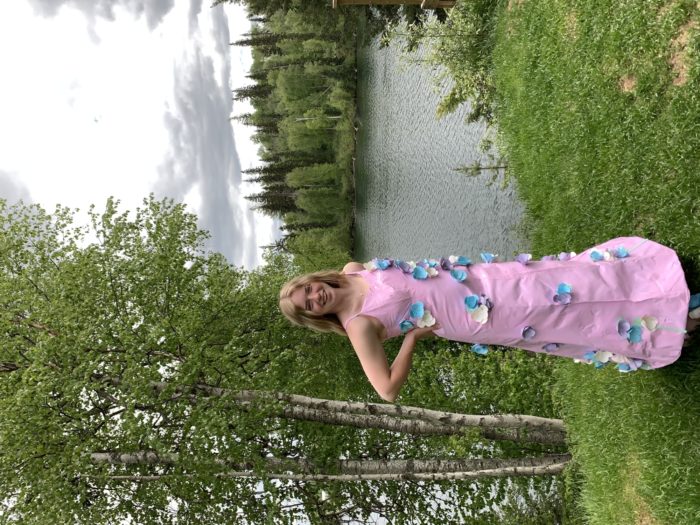 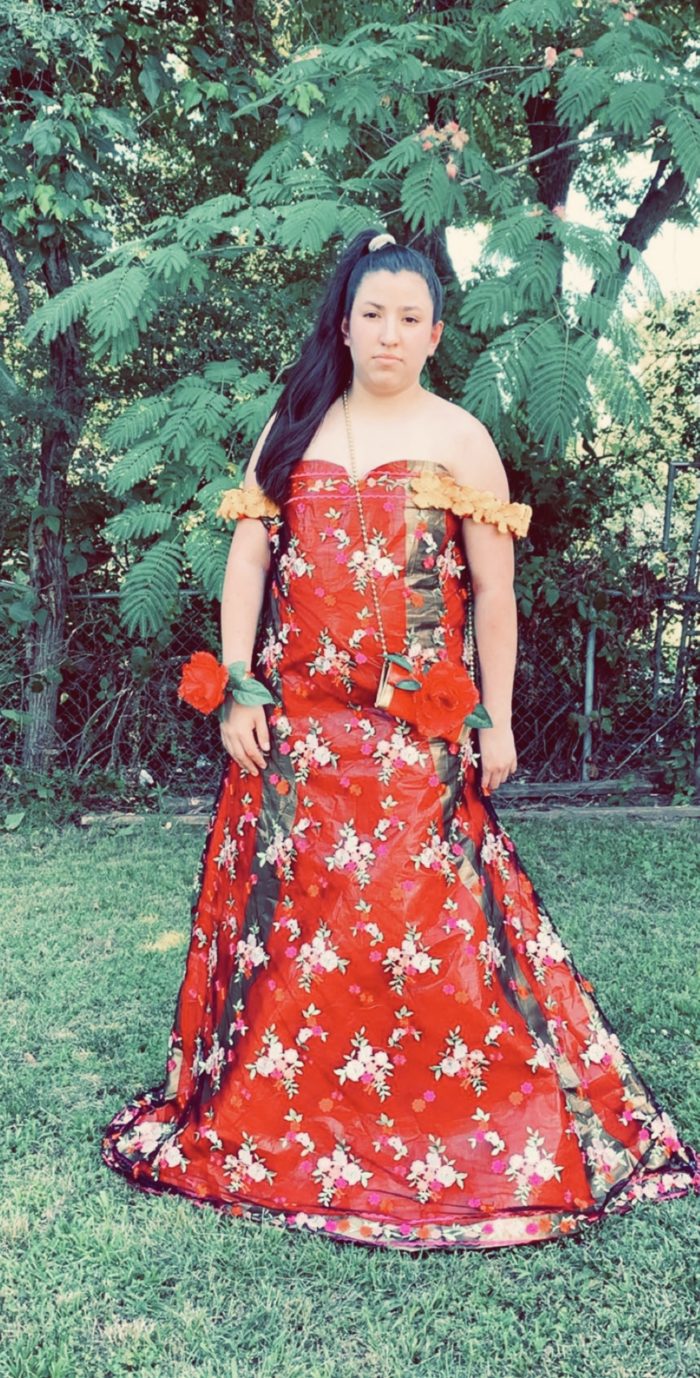 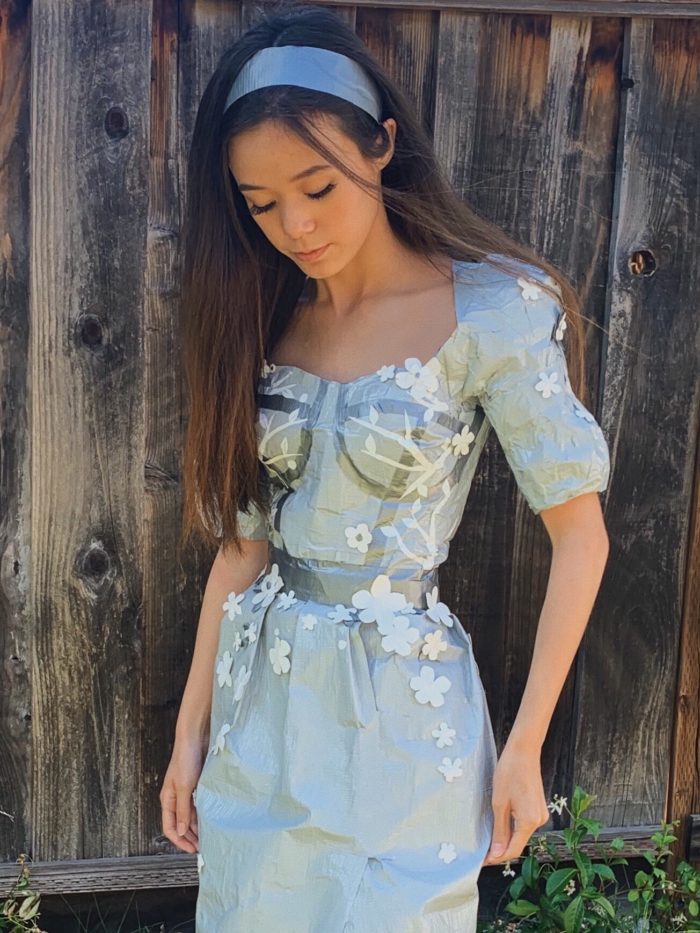 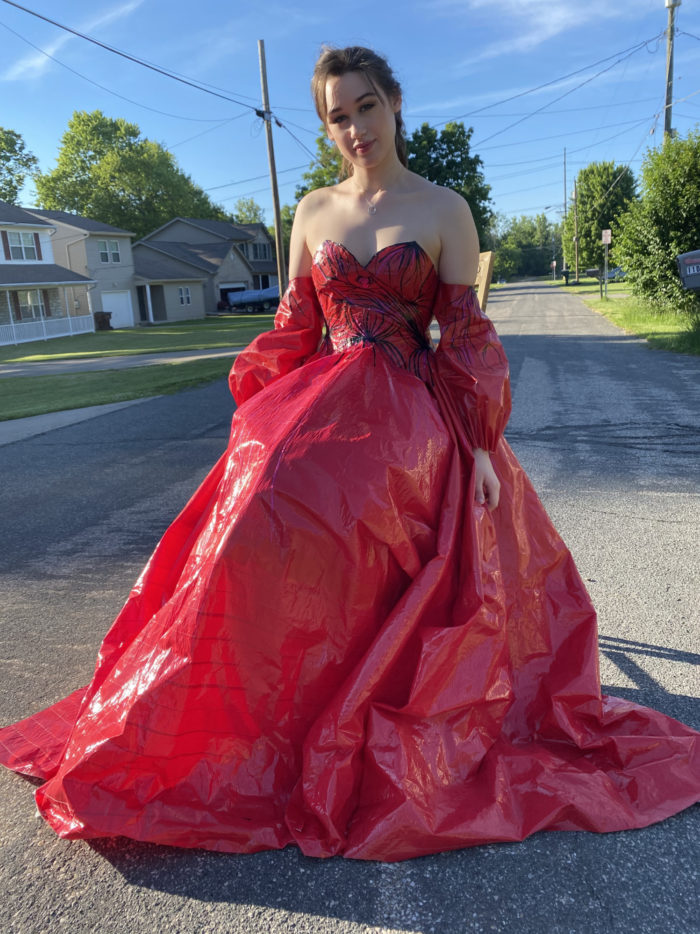 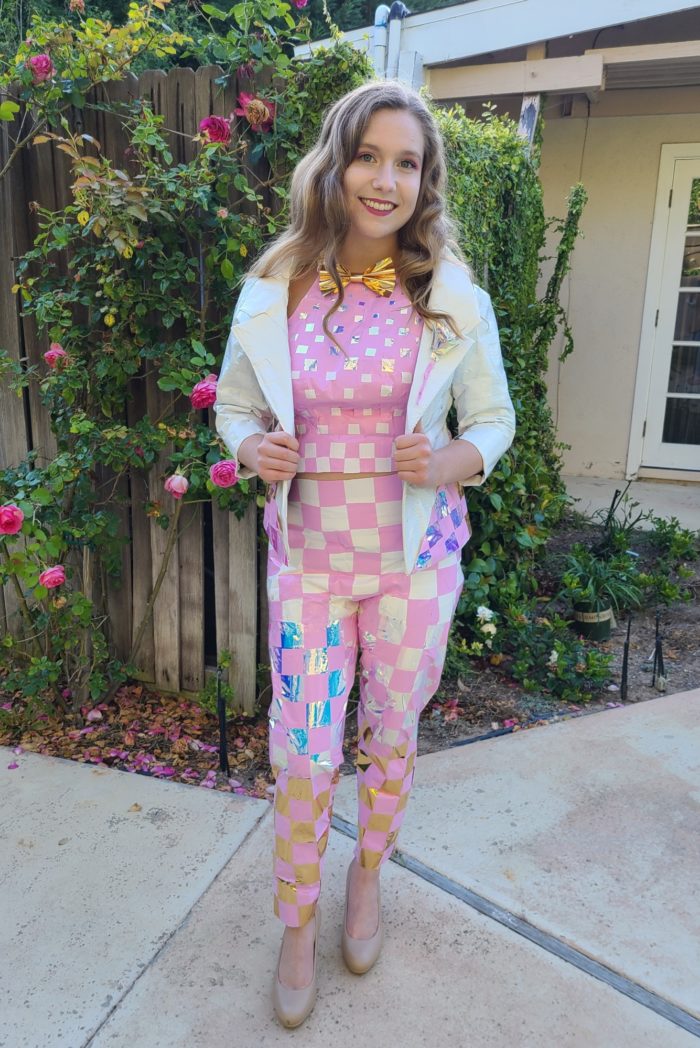 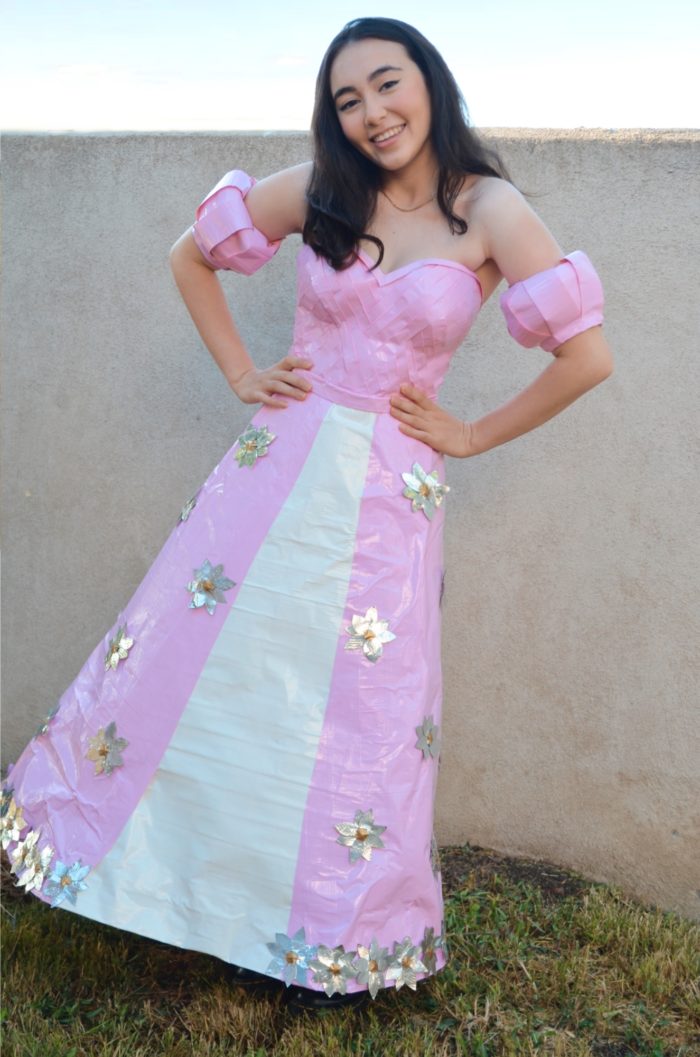 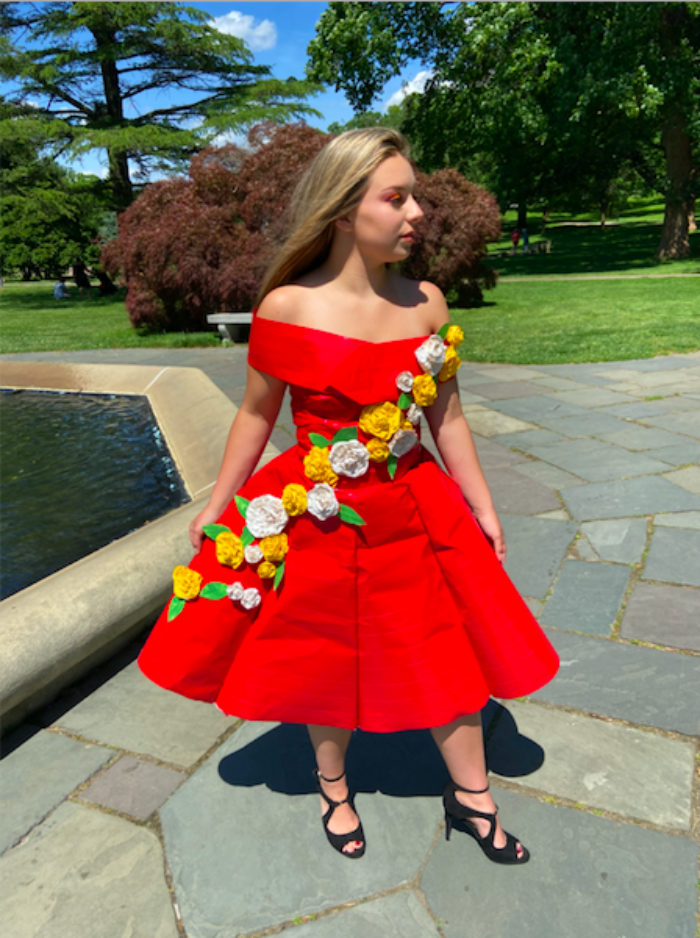